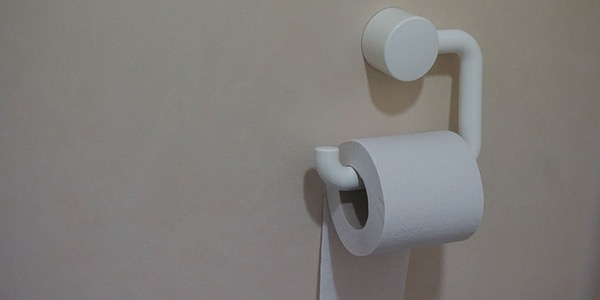 When it came time to start potty training my daughter everyone always told me, “Good luck! Boys are SO much easier!” This made me extremely nervous, just because I potty trained my step-son and that was hell on earth. It just didn’t work very well.

I tried all the tips and tricks everyone told me, including the Cheerios in the toilet or letting him pee of the porch. Nothing worked. He didn’t fully potty train until he was a little over four years old and he finally had to go to school.

So, to say the least, if this girl was going to be worse than the boy I was terrified and in for a serious challenge.

We started quite a bit earlier with her than we did with him in hopes to get a jump start on things. Especially since she was supposed to be so much more difficult!

At around 18 months, when she started showing some interest in the potty training game, we bought some panties and a cute little ladybug potty and decided to give it a go.

She was potty trained in 2 weeks, folks. You read that right; two darn weeks. I mean nighttime included. I was absolutely dumbfounded. Obviously, boy or girl, every kid is different.

But, I’ve listed a few tips and tricks that really worked for us when it came to potty training our daughter.

8 Tricks and Tips for Potty Training

This is the number one thing. Before you buy potties or panties or cute little sticker charts, make sure your kiddo is ready to start this adventure in the first place!

Pressuring them too soon can make the entire process more lengthy and complicated and can instill fear and anxiety in your child.

Wait until they start showing some interest in your potty habits or they become uncomfortable with a dirty diaper.

There are all sorts of articles floating around that brags about potty training your child in three days or less. This is ridiculous. While I’m sure that it has and does work for certain kids, it’s just not feasible that every child out there has the ability to toilet train in three days.

Plus, these tactics take a lot of dedication, end up with a lot of messes and, I can only imagine, some hurt feelings. Most of these “programs” require you to stay home with your child drilling potty training into their little heads all hours of the day.

For one, who has time for that? For two, what kid wants to be hounded about anything for three days straight? Much less something that’s new and probably a bit scary for them? Be patient with your kid.

This won’t happen overnight, and it probably won’t happen in three days. Give them a break and give yourself a break. They won’t use diapers forever. I promise.

3. Let Them Be Naked

This sounds like a mess waiting to happen, and truth be told it kind of is. But it’s effective, nevertheless. Maybe it’s just because kiddos like an opportunity to run around naked without being fussed at.

I’m not sure. Possibly they just know that they shouldn’t be peeing on the floor, and without a diaper, they’re left with little other option than the potty.

I’m not sure why this is so helpful, but for us it was. If you’re home and working on toilet training, ditch those clothes.

This was one of the biggest things for our daughter.

Thus far, she had the freedom to “go” wherever she was. No need to stop playing or haul her butt into a different room when nature called. So, obviously, she didn’t want to have to start now.

So, we bought three potties. While that sounds excessive, it was a lifesaver. We just bought the cheap, $10 ones from Wal-Mart, nothing too fancy, and we put one in the living room, the bathroom, and her bedroom.

That way, no matter where she was or what she was doing there was a potty close by. She didn’t feel as though she had to interrupt her routine just to go to the toilet.

Eventually, she caught on and now we no longer need a potty in every room. But in the beginning, I believe it saved our butts.

5. Splurge On A Few Of Their Favorite Character Underwear

Those character underwear were expensive, so obviously we only bought a couple of packs. But when we first started putting her in them it was helpful to be able to say, “Look! You’ve got Minnie Mouse on your panties! Isn’t that so cute?!

But it did seem to give her a little extra something to think about. These undies were cute, and if she peed on them they had to go in the trash.

6. Come Up With A Simple Reward System

This was my daughter’s favorite part because we made it lots of fun for her. We hit up the Dollar General and bought a small tote with a lid. We bought stickers and markers and made a trip through the dollar aisle, letting her pick out all kinds of junk and candy.

It may have cost us 20 bucks. We let her decorate the little tote all by herself with the stickers and markers and filled it with all the dollar toys and candy she had picked.

Every time she successfully used the potty, she was allowed one prize out of “Tempie’s Potty Prizes”. It was usually crap that she’s playing with for around 5 minutes before it wound up last, but it was the fact that she had something to look forward to.

This would work with sticker charts or any other system you could come up with. A little something for encouragement can go a long way.

Once you start attempting undies through the night it is really important to watch their liquid intake close to bedtime. This was hard for my daughter, given that she’s always gone to bed with milk or water.

But, it was easily gotten over and helped avoid more than a few changed sheets. Try to avoid drinks at least an hour before bed and always make them potty before they lay down.

8. Do Not Shame Them

This is so important. So very, very important. No matter what you do, no matter how tempting it is, do not shame your kiddo over an accident. No yelling, no fussing, no discipline.

This is new to them and most likely difficult. They don’t necessarily understand why you’re making them do this all of the sudden.

Their bladders are small and sometimes crap just happens. When it does be calm, assure them that it’s okay, and try again. Shaming or disciplining will only make things worse.

Once again, all kids are different. I had one child that wouldn’t use the toilet if his life depended on it and the next kid was a literal breeze. The key is to make sure that they’re ready and you’re patient.

No matter what, this is going to take some time and it’s going to be hectic. There will be more than one mess to clean up and the occasional frustrated outburst. (Whether that be from them or you.)

But they will get this and so will you. They won’t stay in diapers forever, no matter how much it may feel that way now.

Check out our recent article How to Organize Your Diaper Changing Station?

6 Tips For Heading Back To School

10 Effective Tips Every Mother of Boys Should Know | Famous Parenting