In Conversation With Ms. Indira Chhajerh

Whether you agree or not, whether you believe her or not, here’s to a radical mother who refuses to get impacted by our favorite words like competition, academic achievement, and success. A law graduate, a free thinker, an environment lover, and an activist, Indira Chhajerh enjoys reading and music. Her voice gives credibility to our dreams which crave creative freedom in daily life. 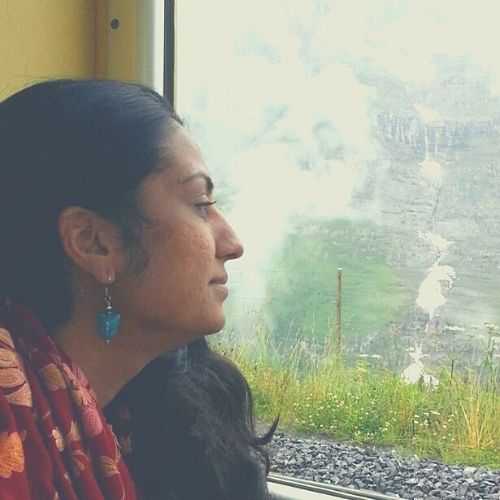 Indira Chhajerh, defines parenthood in her own way with support from her husband, Pradeep Chhajerh.

She is a mother of a 13-year-old. Indira Chhajerh did her B. Sc. In Botany from Mumbai University, nurturing her love of plants and nature along the way.

She did her Post-Graduation from Government Law College, Mumbai followed by a short stint at a law firm where she concluded rather quickly, that she did not belong.

Following marriage, she worked as a social activist, taking up civic issues and RTI activism. Her young daughter would tag along to meetings, representations, and demonstrations.

Further, has recently completed her Masters’s in Social Work. During the course, she interned with an institution working with the hearing impaired and special children.

Indira Chhajerh has been interested in studying, alternative education herself while imparting it to her daughter.

Also, working along with some of my colleagues and NGOs on helping children as well as adults with physical or learning disabilities in the Trombay area.

“Please connect the dots of your childhood that make you the person you are.”

I was raised in a traditional, religious Marwari family and the environment of love within nuclear as well as extended family is an all-pervasive memory.

My father was and is a man of faith and values and always encouraged independent thinking.

My mother, though not schooled herself, was a hard taskmaster, be it discipline, household chores, or anything else she would task us with.

I remember being rebellious in a righteous way, always ready to fight for rights, whether my own or anyone else’s. We were also encouraged to have initiative and take responsibility.

Numerous road trips were taken with family and in later years, treks, and nature trips formed my perspective, as did the amazing and varied friends that we made during these trips and course of education – Indira Chhajerh

“Though you took formal education, you don’t believe in it. What led to your disenchantment with our present education system?”

As you mention, I came from a conventional education background having done graduation and law.

However, when I started to work I did not find any connection between what I studied and what I did in my work.

I also found that right from school to college and even in professional life, the instructive method of imparting education was a one-way street that did nothing to promote my own thought process and on occasions, even suppressed it.

In fact during my brief professional stint, one of my colleagues used to tell me that I am from Utopia.

My ideas became clearer when I interacted with people whose thoughts and experiences were similar to mine. During our Rajasthan stays, I got opportunities to visit Shikshantar and Swaraj University.

Children and youngsters coming there, quite a few of who have never been to a conventional school, are encouraged and helped in pursuing their interests.

Now when I look back, I find that the conventional education system fails to nurture a love for learning.

It is mechanical in the sense that it is insensitive in bringing out and nurturing a child’s unique gifts.

With the insights acquired from like-minded people, I would add that the hyper-competitiveness that we all are so habituated to, hampers the feeling of oneness, love, and compassion, something that modern society could use lots – Indira Chhajerh

As J. Krishnamurti said,” the function of education is to help you from childhood, not to imitate anybody but to be yourself all the time.

“Technology can enable women to find their true voice. Technology, if used for self-growth, can offer avenues to women which were unavailable earlier.

Technology indeed is a useful tool allowing women as much as anyone else, to communicate their beliefs and convictions to a larger audience in a short while and also connect with like-minded people.

It also affords access to an unlimited knowledge and resource base.

To give an example, the Sister-in-law of one of my friends, who happens to be a homemaker, has created a Facebook group where she and her friends share and act upon business opportunities.

Without the help of social media, she probably would not have thought of reaching out.

However, for me, technology still remains a tool.

The spirit which drives the hands wielding the tool is paramount.

The latter can function without the former but not vice versa.

Women like Medha Patkar & Aruna Roy have created as much impact as any of today’s techno-savvy personalities.

What we get to see more and more these days is the flip side of technology with people glued all the time to one or the other screens and losing interpersonal as well as connect with nature.

This definitely needs to be guarded against. – Indira Chhajerh

“How has your motherhood contributed to you as an individual and as a woman who celebrates the present rather than fretting over the future? Share your dilemmas and dreams.”

I would say that motherhood has set me on a journey of exploring, learning, and becoming a better person each day.

My self-belief has become stronger and stronger. Exactly as the question says, I am not focused on the destination but on paving the path and enjoying the journey.

“Please tell us about your experience with the Schools that you chose for your daughter Samriddhi.”

Even though I did not wish Samriddhi to go through the assembly line education, I decided to put her to a school as she was a gregarious child.

Waldorf’s Philosophy resonated with me with its focus on nurturing creativity. Also balancing, art, handwork, form drawing, and basically letting the child be what he or she wants to be.

Their focus is on the holistic development of mind, body, and soul.

The loving, caring and sensitive approach of the Waldorf teachers worked very well with Samriddhi in her kindergarten years. – Indira Chhajerh 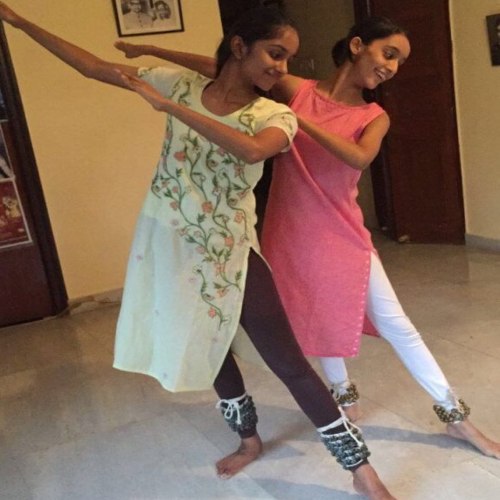 “What made you move to Home Schooling for your daughter? Does your family believe in the same methodology or does it lead to disagreement at times?”

After my daughter’s kindergarten, Pradeep, my husband decided to move to the manufacturing location of the company that he was working for.

It was practically an Oasis amidst rural Rajasthan and we lived in the company colony for three years.

Since there was no question of finding alternative schools there, I decided to keep Samriddhi at home amidst natural surroundings and community.

Subsequently, when we moved back to Mumbai, she again enrolled in a newly established Waldorf school where she went for three years.

However school being new, she had to go with children up to 3 years her junior.

This year, this time, more so with her own volition, we decided to take a break again and explore on our own.

We (more the grandparents) went through usual pangs of anxiety and self-doubt especially when they compared her reading-writing proficiencies with her friends; however, there never was strong resistance to the path that we chose to take.

Over time, interactions with the growing community of home and even unschooling parents have enhanced the acceptability.

Now, generally, everyone in the family is happy to see Samriddhi learning while enjoying herself and being stress-free that some of her society friends seem to face. 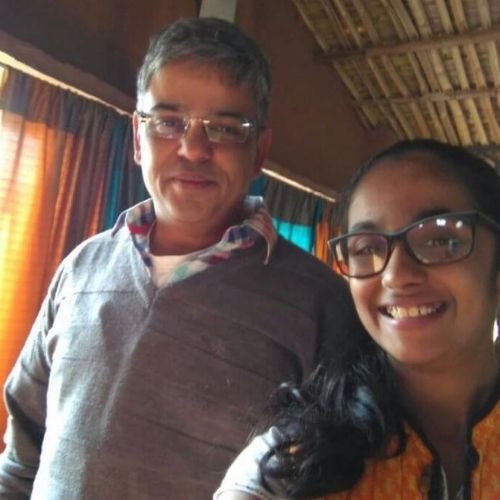 “Talk about three people who have had the most profound influence on you.”

“Your philosophy of life in a sentence.”

“Tell us about your future plans.”

Living life in sustainable ways and peace and harmony in society are the subjects close to my heart. I wish and hope to spread the awareness about-

I wish to keep learning and sharing knowledge. 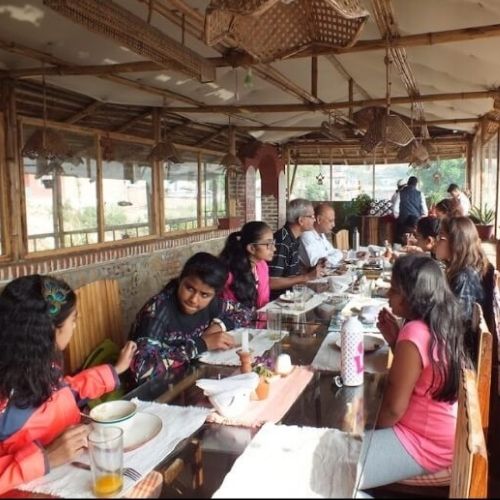 “What would you like to say to those parents who value academic achievement and fierce competition as a way of life?”

There is a time for a seed once sown, to grow into a tree and bear fruit. Till such times, it requires nurturing and care. So does a child.

Let us not burden them with our own expectations and aspirations. The childhood doesn’t come back. Let us allow our children to enjoy it.

Learning goes on every moment, why restrict it to school hours and textbooks.

Read more parenting tips that can add more value to your parenting journey on the link below.

Parent And Entrepreneur – How To Balance Being Both

Traveling With Kids Gives Them A Great Education

Easy Lunchbox Solutions For Kids Back To School