Thomas The Train-My Daughter’s Toy. What’s It To Ya? 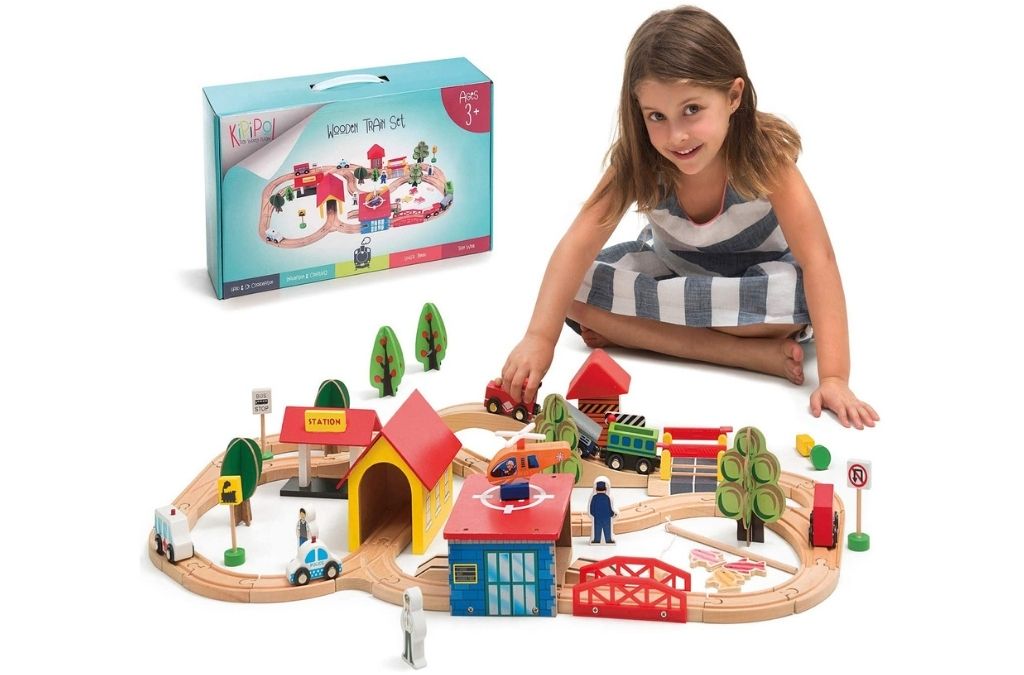 My daughter loves her some Thomas the Train. She also likes monster trucks and bubbles and makeup. Every few months, like most kids, she’ll get hung up on one character or another and we’ll be stuck watching the same ole show and playing with the same ole toys for a while.

She gets over it eventually and moves on to a new, surely annoying, phase of obsession. But, as for now, she’s stuck on Thomas the Train. She’s already announced that she wants a Thomas the Train birthday party and has already picked out her cake on her iPad that the sancti-mommies would tell me she shouldn’t have because too much screen time will rot her brain.

It wasn’t until recently that I realized how big an issue this can be for some people. My daughter, the little girl with a big bow in her hair, likes toys that are only supposed to be for boys. Evidently, there are folks out there that find this hard to deal with; difficult to accept, if you will.

She was picking out a toy at the Dollar General. Usually picks one out nearly every time we go, because I’m not perfect and I wanted to shop in peace. She picked out a Thomas train set. It came with a little circle track and a tiny Thomas train.

She was satisfied, and so was I. That is until a lady walked up to MY daughter and said, “Oh, sweetie. That toy is for little boys! Wouldn’t you like something that’s more for a girl? Something like a baby doll? Or, how about one of these little make-up sets?”

For one, lady, how dare you encourage my kid to buy make-up? Will you be cleaning that out of my carpet and couch later? Didn’t think so. For two, what in the world makes you think you get to tell my kid what she can and can’t buy?!

You’re not paying for it, and last I checked I’m the one that went through 36 hours of labor to get her here. I think I can handle the weekly toy selection. Thanks.

Just rolled my eyes at the woman, gave her that little “hmpf” that we all give when we know the place is too public to give someone the what-for, and said, “Umm, no thanks. She picked what she wanted.” Although, I didn’t really need to say anything.

My daughter is out-spoken and hard-headed and stubborn as all get out. Honestly, she can really take care of herself. ( wanted to think she got that from me)

“I like this toy, lady. I like Thomas on the T.V and watch him on mine’s iPad. Also like dump trucks and dirt, too. ‘Sides you’re not s’posed to bother people about the kinds of stuff they like if it ain’t hurtin’ you.”

All of this said with her neck poked out and a hand firmly on her hip. So, yeah, take that lady. But, I realized that this personal space ignoring lady in the local Dollar General wasn’t the only person with this kind of opinion.

More often than not, whenever I’d mention her upcoming birthday party, people would give me a funny look instead of the usual, “Awww!”. They’d ask things like, “Well, don’t you think she’d like something more… Girly?” or, “Well, she may be asking for Thomas now, but she’d like a princess party better, I’m sure.”

Now, if you’re a parent, and you don’t want your little girl playing with Thomas the Train, or your son playing with a baby doll, that’s all you. I’m not here to judge anyone, believe me. What I don’t understand is why, in the name of all that is good in the world, do you care what MY daughter is playing with?

Why does it bother you that my daughter enjoys a good Thomas the Train episode from time to time? I mean, if that shocks you, I’m sure you’d keel over knowing that she loves a good roll in the dirt, too? Or, she can out-fish her big brother on any day. And, she’ll even touch the worms when he won’t. And he’s a BOY!

Is it really hurting you or your family for her to play with the things that bring her joy? Is it affecting your life, in any way, if she gets the birthday party that she’s asked for; the one that will make her the happiest on her big, special day?

Truth be told, this Thomas the Train phase most likely won’t last long. Just like the Elmo, Curious George, Scooby-Doo, and Strawberry Shortcake phases before it. It may not even last until her birthday in August. But, so what if it does?

My little girl loves Thomas right now. She also loves make-up and hair bows and fishing and pretty dresses that she can’t keep clean because she can’t stay out of the dirt. As her mother, my main goal is to make sure she’s happy and respectful and hope that she’s successful in life.

I fail to see where her choices in toys and birthday parties at 3 years old are going to affect her happiness and success in life. What will affect that is learning harsh, senseless judgment at such a young age.

I’ve worked very hard in the 3 years that my daughter has been on this earth, to teach her love and acceptance for EVERYONE. We do not judge people. I’ve instilled in her that every human being on this earth is different and special and entitled to their own opinions and lifestyles.

So long as they’re not hurting anyone, we respect those opinions. All our hearts beat the same, after all. However, I’ve also fought tooth and nail to teach this kid to stand up for herself.

So, a lady in the Dollar General and anyone else that has anything to say about it, if you question Temperance’s choices in her presence, you’re gonna hear about it. And, I’m not going to stop her. Everyone in this world faces enough judgment and hate in their day-to-day life as it is.

The very last thing we should be doing is spreading that judgment and hate to small, developing minds; the minds of our future. If you disagree with the toy that my daughter has chosen, kindly turn your head and walk away. Otherwise, you will be schooled by a sassy 3-year-old. And, that’s just embarrassing, isn’t it?

The links below will guide and give you ideas that will give value to your parenting journey.

If gone through them and happy with it, please share to other mom out there.

Let us keep supporting our mom community by sharing.

Easy Lunchbox Solutions For Kids Back To School

Sh*t Parents Say at Back to School Time

Buying School Supplies Doesn’t Have To Break The Budget