Yelling At Your Kids Isn’t Helping You Or Them 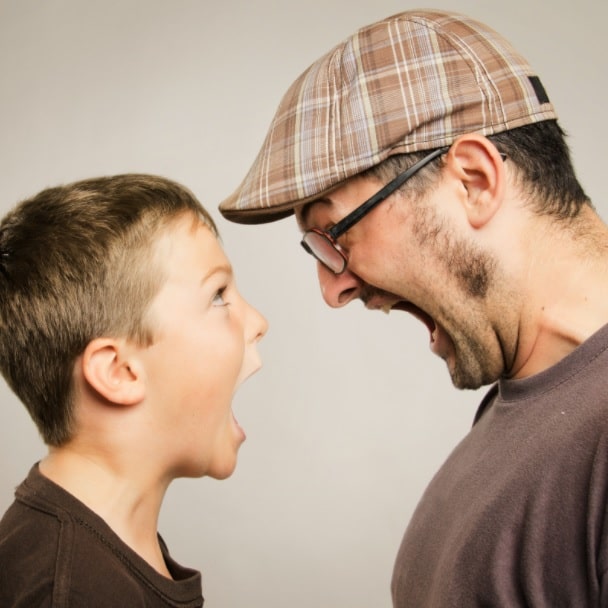 Stop Yelling At Your Children To Get Your Message Across

Yelling at your kids is hard to resist when they disregard your ten trillionth request to behave appropriately.

Now, we are not talking about the occasional raised voice here.  We are looking at the dangers of hollering as the way you communicate with your children.  Be that to either get them to do, or get them to stop doing something.

Yelling doesn’t appear to be particularly effective when you are trying to discipline a child.

Patternson proposed a coercive theory which describes the process of mutual reinforcement. When a parent repeats the same command with a harsher tone, the child escalates refusal with a tantrum.

Eventually, one of the 2 parties will give up.  The child will follow the command or the parent will stop giving it because they see it is not working.  In either case there is a  negative behavior being reinforced.  This equates to you yelling at your kids and them refusing.

In this scenario, parents unintentionally reinforce the challenging behaviors of their kids.  The children learn a pattern of communication which may extend outside the family as well.  Imagine your child having a tantrum every time someone asks them to do something they don’t want to.

This is why you should stop yelling at your children and try talking to them instead.

In this article, we’ll look at the dangers of yelling at your kids and how better to communicate. 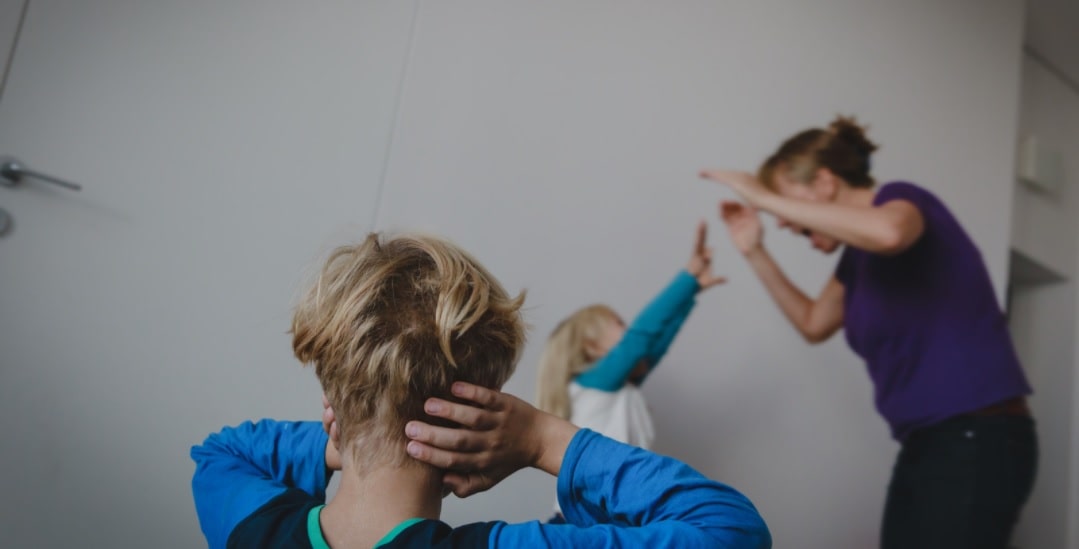 Yelling At Your Kids Shows A Lack Of Control

You may think yelling at your kids shows you have authority.  The reality is that an authoritative, stern and steady voice gives you much better control over your childrens’ behaviour.

Having to raise your voice shows a weakness that may lead to a complete loss of temper. You should stop yelling at your children before you lose control and their respect.

Would you yell at your colleagues or friends if you didn’t like their behavior?  Of course you wouldn’t because that would be unacceptable.  So, why do we make yelling an exception when it comes to disciplining our kids?

Yelling At Your Kids Is Making Them Fearful

Do you want your child to listen only because they’re afraid of you and your raised voice?

Indeed, people should want to listen to you because they respect and believe you.  Yelling at your kids to get your message across is not an effective means of communication.  It only serves to make them fear that version of you. 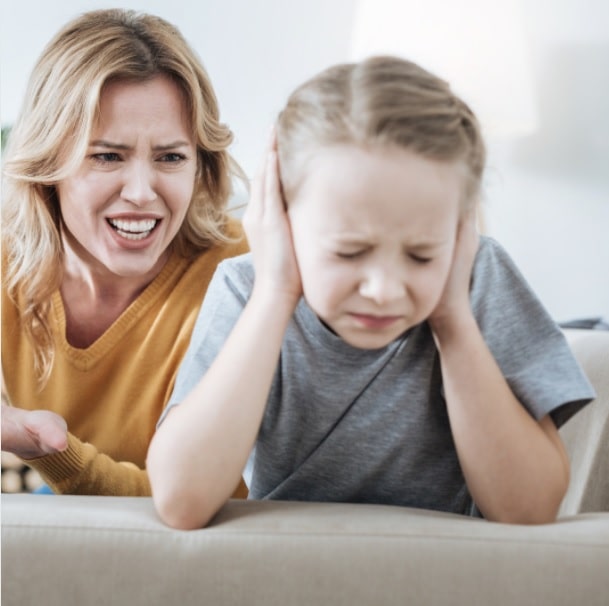 It may also inadvertently teach them that the loudest person in the room is the strongest one.  Stop yelling at your children before they learn the same pattern and start screeching to exert their own control.

Teach them to get their point across without losing their temper by showing them.   If you ask them to do something and they ignore you or refuse – don’t yell!!

Calmly explain the reason you need them to do this task and by when.  Reinforce that each family member has chores to do.  Let them know that they often ask you for help and they expect it.

So, show them that this should work when they are asked to do something or stop doing something.

If You Want Credibility – Stop Yelling At Your Children

When parents constantly raise their voice to discipline kids they will eventually become immune to it.  Yelling at your kids should really make them sit up and listen if used infrequently.  If screaming no longer serves the purpose you intend it is time to change your behavior.

Kids who are frequently yelled at lose their ability to respond to an urgent situation.  As their response diminishes parents may escalate the volume and message.  The danger is various forms of verbal abuse. Eventually, your children will stop trusting you, especially if the verbal expressions of anger escalate.

Yelling at your kids can often make them dig their heels in and become stubborn.  If they start competing with you it creates a power struggle.

Moreover, this leads to damage in the parent-child relationship.  Kids fail to communicate and parents fail to respond to their needs.  Consequently, they often have a hard time being self-sufficient and have low self-esteem.

In addition, there are other mental health consequences that your children may face.

Yelling at your kids:

These are some of the many reasons to stop yelling at your children and find a better way to communicate. 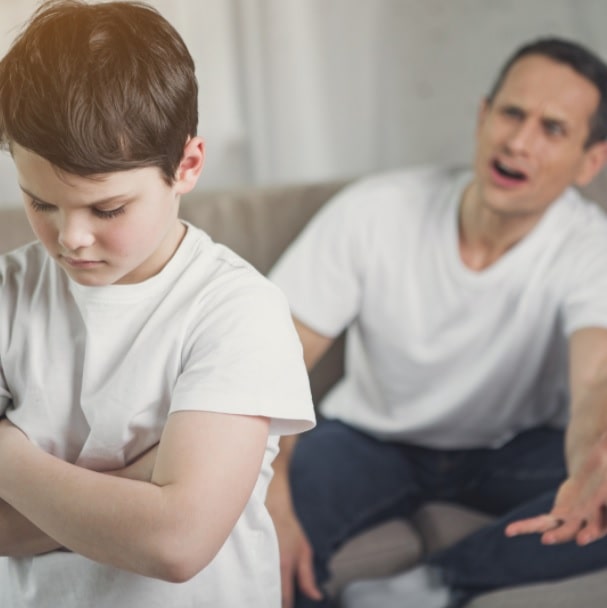 Yelling At Your Kids Makes Them Susceptible To Bullying

Constant yelling may negatively impact a child’s understanding of healthy boundaries and relationships. They may not realize when someone tries to disrespect them or violate the limits of a relationship.

In short, yelling at your kids increases their susceptibility to bullying.  They readily accept a victim status and may not attempt to defend themselves.  When it comes to relationships, their chances of being abused also increases.  They consider abuse, especially verbal, a regular part of their lives.

To prevent this, stop yelling at your children and show them a better way.

Yelling at your kids does not help you or them, especially in the long term.  If you stop yelling at your children, it may just save your relationship with them.

Furthermore, proper communication will protect their personality and ensure a bright future.  Raise your children in a nurturing environment to develop healthy personalities.

We suggest you read our healthy parenting tips for some more parenting advice.  Work on finding ways to replace yelling with healthy alternate options.

How Your Kids Will Benefit From A Family Reunion

Teach Kids About The Real Meaning Of Christmas