How To Say No To A Child – 5 Best Strategies 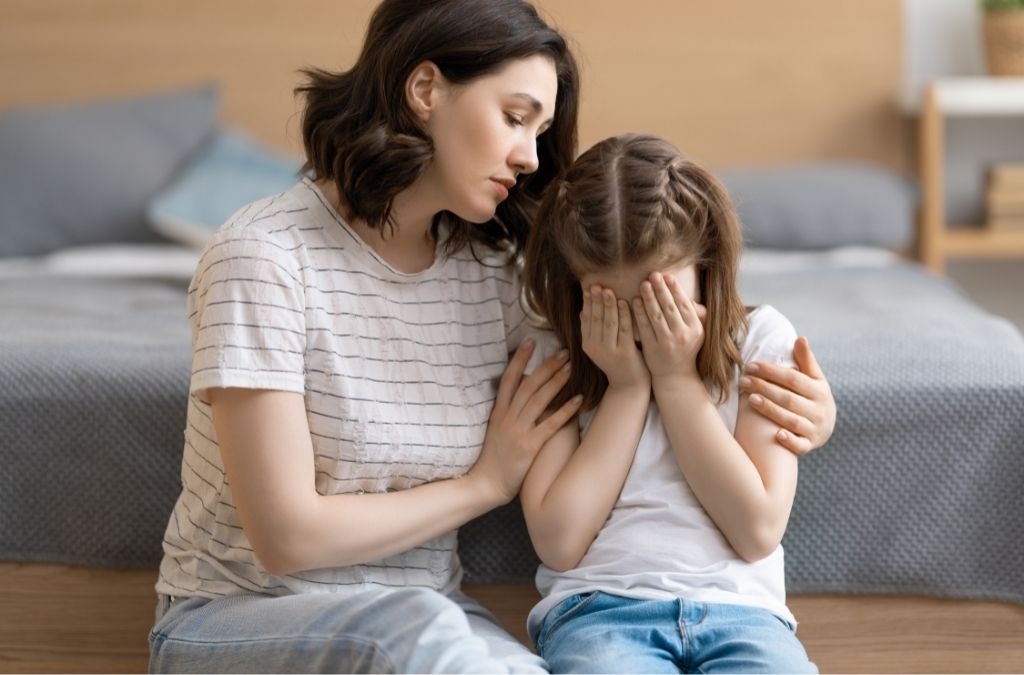 It’s never easy to say no to a child, but sometimes it’s necessary. When your child is constantly asking for things, it can be tough to stand your ground and refuse them.

However, if you want to be a good parent, you need to know how to say no to a child in a way that is respectful and appropriate.

In this blog post, we will discuss the best strategies for saying “no” to your child.  We’ll also provide some tips on how to make the process easier for both you and your child!

5 Best Strategies for How To Say No to a Child

There are many steps in learning how to say no to a child.  We believe it is one of the hardest lessons for parents, but also one of the most important!

Read on to find easy ways to refuse your childs request without them having a melt-down!

Understanding the Developmental Stages of Children

Every child progresses through different stages, and each stage presents its own challenges when it comes to refusing requests.

So, before you try to say no, it’s important to understand where your child is developmental.

A study found that the developmental stage of a child is a determining factor in how they react to being refused a request. The study looked at children who were two, four, and six years old.

Once you have a better understanding of your child’s developmental stage, you can begin to establish rules and limits on how to say no to a child. 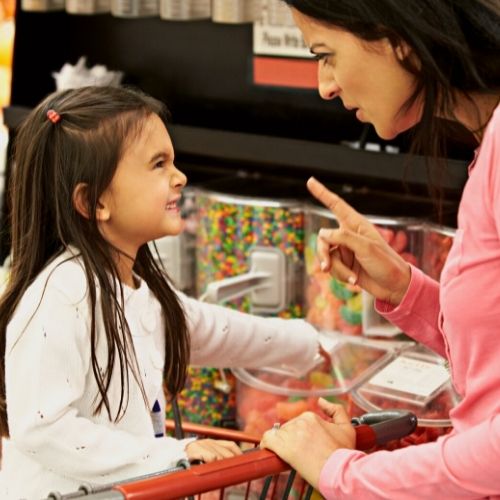 When it comes to refusing requests, it’s important to be clear and consistent with your responses.  For young children, it’s helpful to have a set of rules that they can understand.

You may want to consider establishing the following rules:

Be Consistent with How You Enforce These Rules

If you say no one day, but then say “yes” the next, your child will likely become confused and frustrated.

For example, if you tell your child that they can’t have a candy bar, don’t give in to their pressure tactics and let them have one.

It can be difficult to stay calm when your child is pushing your buttons, but it’s important to keep your cool. If you start yelling or raising your voice, it will only make the situation worse.

Instead, try to remain calm and firm when enforcing your rules. This will help your child understand that you are serious and that they need to listen to you. Try to use the whisper technique, an effective way to avoid yelling at your kids.

When your child is trying to get what they want, they may use different pressure tactics, such as whining, pouting, or even bargaining.

It can be tough to say no when your child is using these tactics, but it’s important not to give in. If you give in, your child will learn that these tactics work and they will continue to use them in the future.

Be Clear About the Reasons Behind Your Decisions

When you say no, it’s important to explain why. For example, if you tell your child that they can’t have a candy bar, you might say something like this:

“I’m sorry, but you can’t have a candy bar because it’s not good for your health.”

“I’m sorry, but you can’t have a candy bar because we’re going to dinner and I don’t want you to ruin your appetite.”

This will help your child understand why they can’t have the item that they want.

Teach Your Child How to Accept No for an Answer

It’s also important to teach your child how to accept no for an answer.

One way to do this is by giving them a hug and telling them that you love them, even if they’re upset about not getting what they want.

Another way to help your child accept no is by rewarding them when they follow your rules. For example, you might give them a sticker or a hug when they share with others.

Positive reinforcement can be a great way to encourage good behavior! 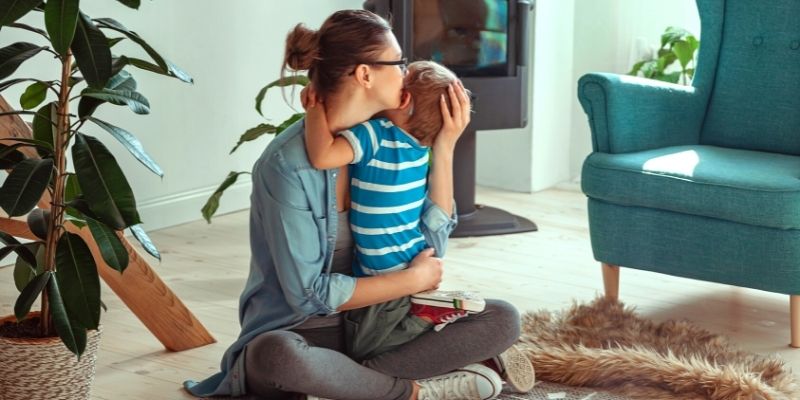 Learning how to say no to a child is not quite easy, but it’s an important skill that every parent needs to know how to do.

By understanding your child’s developmental stage, establishing rules and limits, and being clear and consistent with your responses, you can help make the process easier for both you and your child. And, most importantly, remember to always be patient and loving!

Child Favoritism: Coping When Your Child Picks A Favorite